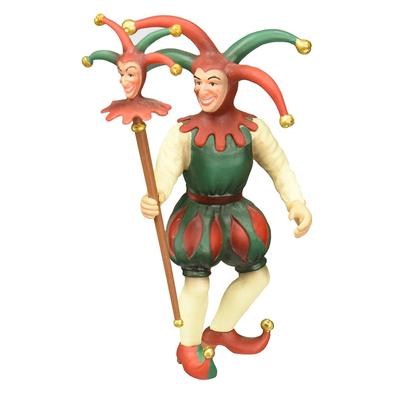 Most of us are familiar with that proverb which assures us that we can blame the trickster who catches us in a con the first time, but the fault belongs to us if we allow ourselves to be misled by the same deception a second time.

But what if we still don’t learn from our experiences? What does it say about us if we fall for the fraud over and over again? Fool me once, shame on you. Fool me twice, shame on me. Fool me yet again, shame on… Facebook?

Perhaps nowhere today is there a more prolific source of foolishness than social media, particularly those websites that encourage users to share pictures and videos but without the benefit (or, some would say, hindrance) of a guide or editor, someone who would guarantee that the information posted for our viewing entertainment is also honest and truthful.

It’s one thing if we start off with the knowledge that the thing we’re about to see is a work of fiction. After all, no one really believes that there really are little orange men who work in a chocolate factory or that an evil clown with a red balloon is hanging out in the storm sewer. That’s just make-believe, and we can tell the difference between fantasy and reality, right?

Or so we think.

Sadly, we’ve all heard stories of sweet little old ladies who received a phone call from the “police” with the news that their “grandson” was in trouble and were conned into giving credit card information to the caller to pay a hefty fine. It’s along the same lines as those random email requests from a so-called Nigerian prince who needs your help to pay a routine transaction fee to help release several million dollars from a locked bank account for which you will be handsomely rewarded.

Those and many other stories are nothing new. People have been cheated and swindled since the dawn of time. What’s changed are the methods used and the motivation. What once was an effort to steal money and property from the unsuspecting now is often replaced with seeking to confuse the victim in order to spread rumors. Much of the time, the goal seems to be to provoke fear and anger, often tied to politics.

Not surprising. These days, everything is tied to politics.

It’s really not that hard, people

What’s truly surprising is how quickly people can be convinced to believe the most outrageous claims. Take for example the multitude of tall tales that flooded the internet before, during, and after the 2016 presidential election. (You KNEW I was going down that path, didn’t you?)

You probably heard the story claiming that there was a certain pizza shop in Washington DC tied to a child abuse ring and that there was a hidden tunnel leading from the restaurant’s basement to various locations around the city. Without reading any further, most people would call such reports utterly ridiculous. Unfortunately, the story was amplified throughout social media, embellished with even more lurid details. Major media outlets joined in — Some, perhaps, treating it as a joke but others? Not so much. — and repeated the story enough that many people started to accept it as truth. It didn’t help that some reporters labelled the story “Pizzagate”, thus giving the public an easy title for the non-existent scandal. Of course, it only takes one lunatic with a gun who believes the lies and decides to play judge and jury, and that’s what happened in this case as an armed man who was motivated by the news reports fired several shots inside the restaurant. Fortunately, no one was hurt, but it wasn’t the first time that innocent people were placed in danger over a foolish prank. And it wasn’t the last.

That’s just one example of the misuse of the internet to quickly spread a lie. If you want to see more, just open up your favorite social media site. There’s probably a few in your timeline right now.

(SIDE NOTE: I strongly urge my friends in the news media to stop thinking they have to give every little thing a cutesy name ending in “-gate”. Watergate was a real criminal event that disrupted our nation and led to the embarrassing resignation of an American president. Let’s stop trivializing real news stories by making these phoney tales sound legit.)

A matter of choice

Let me be clear: I’m not calling for the elimination of social media. But I am saying that we need to be more responsible about what we say and what we post online. Look at it this way: we pay entertainers to lie to us. We expect them to tell us a story, to pretend they are someone they’re not. That’s the kind of lie that’s harmless.

It’s when we allow people with bad intent to flood our brains with lies in order to manipulate our lives and the way we vote, that’s when things go downhill. Unfortunately, it’s up to each one of us to prevent propagandists from controlling our thoughts and actions with false information. As Mark Twain once said, “How easy it is to make people believe a lie, and how hard it is to undo that work again!”

*A special tip of the hat to the late George Carlin whose work provided this month’s title.