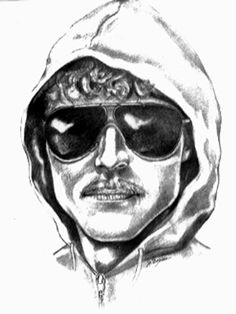 David had a problem. He had a story to tell, one that he himself didn’t believe. Couldn’t allow himself to believe. And yet, he knew he had to share the secret. Or, did he?

If he let the cat out of the bag, people might get hurt. Reputations would be damaged, perhaps ruined. Maybe it was best if he just kept it to himself.

But he knew he couldn’t. Deep down in his heart, he knew that the right decision — the only decision — was to come clean. To talk. And so he did.

Beginning in 1978, the United States was at the mercy of a serial killer. One of a different breed than most. Unlike the habits of murderers like Ted Bundy or The Zodiac who selected victims at random, this killer’s targets were associated with advancing technology. Mail bombs were sent to universities, airlines, computer stores, and private homes. In its investigation, the FBI decided to condense the words ‘university’, ‘airline’, and ‘bomb’ to tag the case file as UNABOM. Thus, the still-unknown killer was nicknamed The Unabomber.

Three people died and 23 others were injured in a murder spree that lasted nearly two decades. But the killer said he would stop if a major publication would print a lengthy essay that was harshly critical of industry and technology. The New York Times and The Washington Post agreed, and the so-called “Unabomber Manifesto” was printed verbatim.

And that’s when David Kaczynski recognized the words as those of his estranged brother.

David and other members of his family had had very little contact with his brother, Ted, for many years. At first, David wasn’t convinced that his older brother was responsible for the string of deadly attacks. Before contacting the authorities, he organized a team to investigate privately. A few months later, David made the decision to speak to the FBI. His brother was arrested a few weeks later. He eventually pled guilty to multiple charges and was sentenced to life in prison. 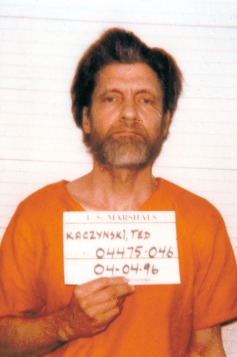 A matter of conscience

There’s no way to know if The Unabomber would have continued his terroristic ways if his brother had kept quiet. But it was clear that the FBI was stumped in its investigation. Because David Kaczynski acted when he did, any future attacks were clearly thwarted.

Essentially, lives were saved because David decided that it was more important to protect the nation than to keep his brother’s identity hidden. By putting his country first, he made the right decision.

Congress should do the same.

Which way will they choose?

The decision put before politicians in Washington isn’t one of trying to capture an elusive killer, but it’s no less serious. We’ve been hearing for months about Russia’s efforts in trying to influence the USA’s 2016 presidential election. (Note: I said “trying” for a reason. More on that later.) Seventeen intelligence agencies agreed that such attempts did occur, and their early investigations strongly suggested that members of the Trump campaign had been in contact with Russian government officials at the same time. It’s just common sense to find out who knew what, who did what, and what steps can and should be taken to prevent an adversarial government from manipulating American elections.

But that’s not what’s happening. Instead, members of Congress and others both within and outside the federal government are in denial mode. Rather than wholeheartedly embracing their oath to “preserve, protect, and defend the Constitution of the United States”, we’ve seen high-ranking officials work to delay or derail these investigations. Whether it’s the Republican chair of the House Permanent Select Committee on Intelligence cancelling hearings in order to have semi-secret chats with the White House or President Trump’s move to end the FBI’s investigation by firing its Director, our elected officials are certainly not putting any meaningful effort into learning the truth about Russia’s activities.

Can you imagine the Reagan Administration working to protect Russia? Me neither, but today’s Republicans sure seem to be eager to cater to the nation that Ronald Reagan called the “Evil Empire”.

Let’s be clear: I’m not saying that Russia actually caused the election to go Trump’s way. But they sure tried. What I’m saying is that Vladimir Putin wanted to see how far he could go to meddle in the most important part of our nation’s very being: our election.

Our elected officials need to decide what’s more important: covering for somebody from their own party, a member of their own “family”… or protecting the entire nation.