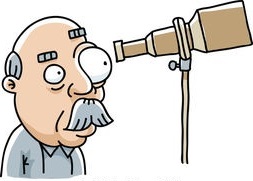 I’m sure many of my readers — actually, probably all of them — will wonder why I’m about to peer into the future of Republican presidential politics. I mean, what qualifications do I have? Some have said that I lean farther to one side than the other, although I will gladly argue that I’m much more of a centrist than some give me credit.

I’m not a partisan; I swear no allegiance to any political party or ideology. I have voted for Democrats and Republicans, each time casting my ballot for the person I thought was right for the job. A few times I’ve picked the winner. Others, my vote was in the minority.

Honestly, it doesn’t really matter to me which party a candidate clings to… as long as he or she is a person of strong convictions, has a solid work ethic, and is willing to do what’s right for the sake of the public.

So, yes, I would gladly cast a vote for a Republican for President of the United States. But not this year.

Let’s be clear: there is no way that Donald Trump will enjoy my vote. Despite his successes in the business world — and there’s plenty to argue regarding the level of his success — Mr. Trump has not demonstrated the basics of leadership capabilities. Face it, the man can’t maintain any sense of maturity for as little as 48 hours. He has neither the temperament nor the stability to lead this nation, and I simply cannot bring myself to check the ballot beside his name.

Secretary Clinton, for all of her flaws (and there are too many to list here) at least shows a sense of the importance of the office. She may not be right on certain policy items, but I think the majority of world leaders are going to take her seriously, while Mr. Trump is more likely to be merely tolerated on the world stage.

But where does that lead us?

Well, if the recent past is any indicator, the world of political chatter will be filled with suggestions that the Republican party lost because it didn’t nominate a real conservative. That was the message after Sen. John McCain lost in 2008. It was repeated after Gov. Mitt Romney lost in 2012. That means we can expect to hear plenty of I-told-you-sos from Fox News and talk radio about how the election could easily have been won if only the party had gotten behind a candidate with a strong conservative background.

In the 2016 race, there was no one who fit that description better than Sen. Ted Cruz and his bid fell far short. Clearly, primary voters weren’t interested in naming a conservative as the nominee this year either. Now, many will argue that the losses in 2008, 2012, and… (dare we speculate?) 2016 may have been offset with a different choice. But I ask you: if a more moderate candidate who attracts at least some support from independents and a few crossover vote and still can’t win, what makes you think that someone with even narrower appeal stands a better chance? That’s like watching a prime thoroughbred lose the Kentucky Derby and then trying to convince me that a three-legged horse would have probably won.

No, the GOP doesn’t need to distance itself further from the middle. It needs to open itself up to a broader audience, to be welcoming of people from different backgrounds, different faiths, different nationalities… in other words, the Republican Party needs to start looking like the rest of America.

Ah, you say, but that would make the GOP look and act like Democrats. No, not exactly. There’s nothing wrong with the Republican ideals of a less complex federal bureaucracy, a strong defense, and boosting free enterprise. But when those issues are overshadowed by things like vote suppression, absolute nationalism, and acceptance of violent behavior — all of which are prominent in the 2016 campaign — the chances of encouraging more people to vote your way shrink considerably.

The Republican Party could be looking at a successful future, if it can rid itself of the more extreme elements within. Stop turning a blind eye to those who seek to control the party with calls for hatred of others.

Then maybe, just maybe, you’ll convince me to vote for your candidate. But not this year.

Of course, all this would be meaningless if Donald Trump somehow gets elected. If that happens, we’ll all have much bigger problems.