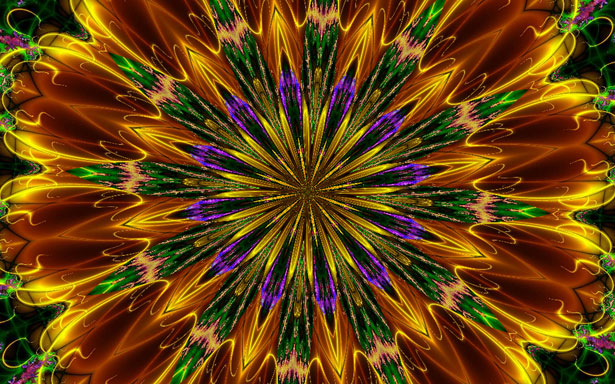 …what a long strange trip it’s been.

One year, eight months, 3 days. That’s how long this presidential campaign has been. From the first candidate to officially announce his run for the office on March 5, 2015 — Republican Mark Everson, for what it’s worth, and you’re forgiven for not knowing his name — until Election Day on November 8, 2016… 614 days of what is undeniably the strangest trip to the White House this nation has ever witnessed.

I’ve written here before about the flaws of the two major party candidates and, I admit, I’ve spent a great deal of that time pointing out the wide range of negatives swirling around the Donald Trump campaign. Let’s be honest, Mr. Trump is deeply flawed on so many levels, most notably on matters tied to his personality. The fact that the media spotlight on Trump’s campaign has focused so much more on his antics — past and present — than on a more serious discussion of policy is a good explanation for the success of his campaign. Trump entered this race as an entertainer and treated every speech and debate as an episode of an unscripted reality TV show. We, the audience, watched and listened with amusement and disgust… and we never truly believed that he would take it this far.

Nate Silver of FiveThirtyEight.com, a statistical genius with a highly successful track record in the realm of political predictions, admits now that he didn’t take Trump seriously from the beginning. Failure to do so caused Silver to ignore the very polls that he otherwise swears by and, as a result, now is hesitant to be as bold a predictor as he was in previous elections. But who can blame him? Never in our lifetimes — perhaps, never in American history? — has a presidential election boiled down to two candidates who are so incredibly disliked by such large shares of the population.

Hillary Clinton has run a much lower profile campaign, a strategy involving fewer public events than her opponent, but that hasn’t made her immune from trouble. In fact, choosing to spend less time in public view may have caused Sec. Clinton more woes, since it meant she gave herself less chances to counter bad publicity. Considering that she has been a non-stop target of an aggressive media since her husband’s first national campaign in 1992, you would think she would have developed a better plan. Time will tell if she has any regrets.

But this much is certain: no matter the results, this year’s Election Day will not signal an end to the hostilities. And I’m not talking about the harsh barbs traded back and forth between candidates.

Two weeks after all votes are cast and counted, Americans will sit down to Thanksgiving dinner tables that could turn into battlefields, with family members at odds over their political preferences. Wouldn’t it be nice if arguments at the holiday feast were limited to who gets to battle over the wishbone… or which giant balloon was the parade favorite? But not so likely this year, thanks to an election so polarizing that relatives have stopped talking to each other… that has turned Facebook into a war zone… that has even caused regular churchgoers to skip services in order to avoid people with opposing views.

I have used this space to bemoan the lack of civility in our society, brought on primarily by our political partialities. It doesn’t have to be like this.

In the Eighties, President Ronald Reagan and Speaker of the House Tip O’Neill had vastly different views on policy. But both men were smart enough to realize that they needed to find a pathway to agreement on enough issues to make our federal government work for all of its citizens. The two men would have regular, private lunches… and more than a few social drinks… and talk in a manner that was respectful and mature. They didn’t have to end up completely on the same page, but they knew that the country was better off with leaders who could work together.

Some will point to the lack of such private engagements between President Obama and Republicans in Congress. Yes, Obama isn’t prone to the same degree of socialization as Reagan and others who preceded him in office. That could be because, unlike many recent presidents, he had two young children living with him and chose to spend more free time with them. It could also be due to those Republicans not wishing to be on friendly terms as that would be frowned upon by their constituents and donors.

Once thing I think is certain: this election is destined to result in even more disharmony, unless we the people choose to rise above our differences and act like adults once again.