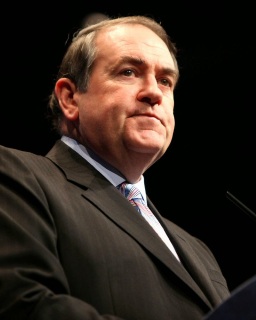 Some will defend him, saying that he was only joking. But deciding who should be elected President of the United States is no laughing matter. If Huckabee is this naive to the law, perhaps he should quit politics for good and stick to promoting quack remedies.